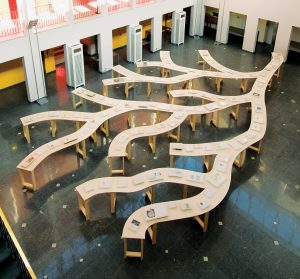 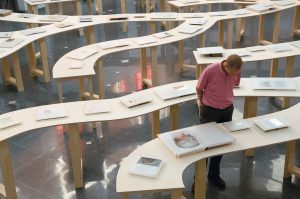 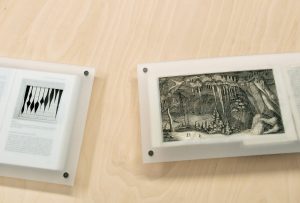 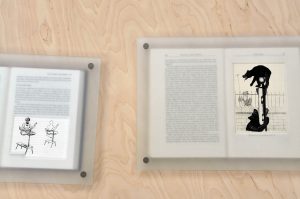 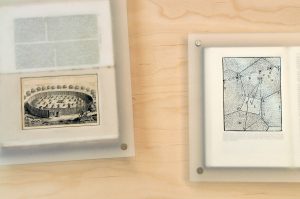 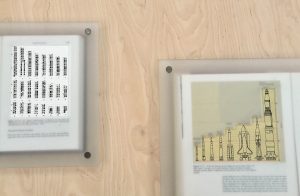 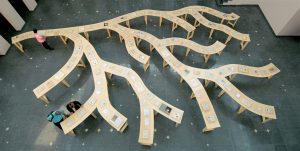 Themes can be split up ad infinitum. Just when you think you have disentangled and separated them, you realise that they are knitting together again in response to the operation of unexpected affinities.

Claude Lévi-Strauss, The Raw and the Cooked

The installation Imagines faciut saltus comprises a ramified wooden form on which 114 books/engravings are exhibited. Each book or engraving is covered by a piece of plexiglass and a translucent film. This film veils the text in such a way as to render it diffused and illegible whereas the chosen part of the image remains visible.

The decontextualisation of the images taken from books of various kinds is the basis of the project. When the illustrations are placed within a context that differs from their original one, and the text that belongs to them is rendered unreadable, new readings of the images appear. In this way the creation of connections between juxtaposed units of different origin emerges.